You are at:Home»APP-APSM»Australia, Japan and US exercise in Philippine Sea

Australia, Japan and the US are currently conducting a trilateral passage in the Philippine Sea on the way to participate in Exercise Rim of the Pacific (RIMPAC) in Hawaii. 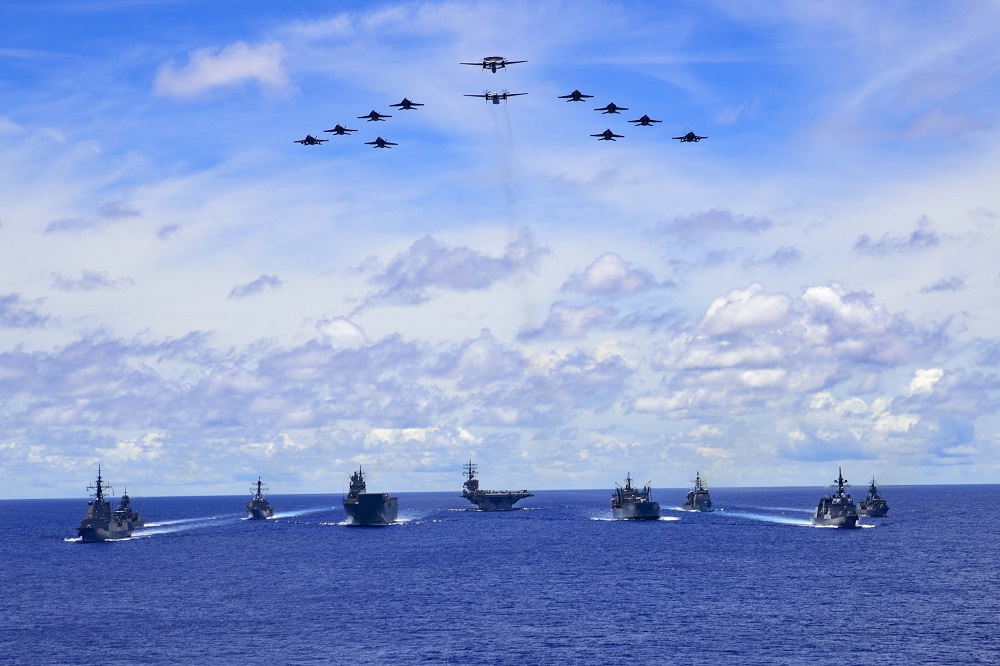 The Australian Defence Force has embarked on a regional deployment to conduct exercises within Southeast Asia and Hawaii over the coming months. The deployment demonstrates Australia’s commitment to sustaining strong and positive defence relationships with regional nations as well as the security and stability of the Indo-Pacific region.

Commander of the Australian Joint Task Group, Commodore Michael Harris, said the opportunity to work alongside Japan and the US was invaluable.

“The combined activities between our navies demonstrates a high degree of interoperability and capability between Australia, Japan and the US.”

Captain Sakano Yusuke, Commander of Japan’s Escort Division 4, said strengthening cooperation with the US Navy and Royal Australian Navy is vitally important for Japan and contributes to a free and open Indo-Pacific region.

“The experience in this exercise will give us tactical and operational advantages and make our friendships stronger, in addition to our regular joint exercises with both like-minded navies,” Captain Sakano said.

“The relationships we’ve developed enable us to meet at sea and immediately operate at an advanced level. This highlights the enduring nature of our alliances with Japan and Australia,” Captain Caldwell said.

“The United States is fortunate to routinely operate alongside its allies across the Indo-Pacific and coordinated operations like these reinforce our mutual commitment to international maritime norms and promoting regional stability.”

The trilateral passage is planned to conclude on 23 July 2020.

The Joint Task Group left Darwin on 5 July 2020 to begin a regional deployment to Southeast Asia and Hawaii.

The deployment demonstrates Australia’s enduring commitment to enhancing security, stability and prosperity in the Indo-Pacific and increasing the capability and interoperability of the ADF.