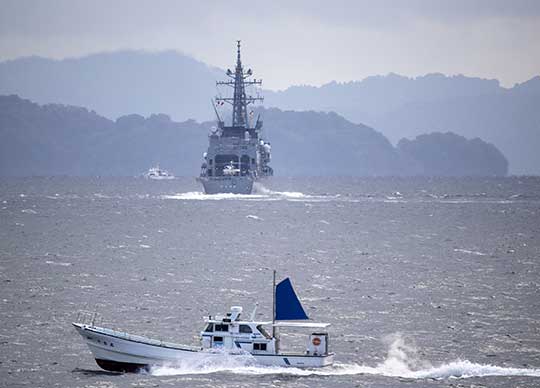 Ships and aircraft from the Royal Australian Navy and Japan Maritime Self Defense Force (JMSDF) participated in Exercise NICHI GOU TRIDENT off the coast of Japan this month.

The bilateral exercise has been a regular fixture in each nation’s schedule since 2009. 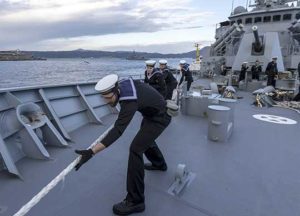 “Japan is a special strategic partner, and shares our democratic values, commitment to a rules-based global order and desire to support a safe and prosperous Indo-Pacific.”

“By working together often in different maritime environments, we enhance our joint capability and ensure the compatibility of systems” Rear Admiral Hammond said.

“We are particularly pleased to have conducted the first ever Australia-Japan Asset Protection Mission, under Article 95-2 of Japan’s Self-Defense Forces Law.

“It’s cooperation like this that enables us to take our interoperability to the next level.”

The Royal Australian Navy and Japan Maritime Self Defense Force have participated together in several exercises this year, including exercises MALABAR, TALISMAN SABRE, PACIFIC VANGUARD, ARC-21 and LA PEROUSE.