You are at:Home»APP-APSM»Why F-35s Should Not Be Released to the UAE and Saudi Arabia 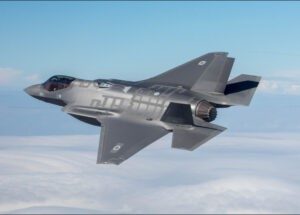 “AF F-35I Adir on its first flight in Israel, photo by Israeli Air Force via Wikipedia”

EXECUTIVE SUMMARY: The normalization of Israeli-UAE relations will have significant strategic and political ramifications for the Middle East as a whole and Israel in particular. However, Israel’s regional standing relies quintessentially on the perception of its technological and military superiority and not on the fluid nature of reversible political agreements. In the Middle East, peace treaties—as the Egyptian and Jordanian examples show—need to be protected through security arrangements that discourage their violation rather than through the provision of military capabilities that may one day, under a change of leadership and intent, encourage a challenge to Israel.

Following the recent announcement of the agreement to normalize relations between Israel and the United Arab Emirates (UAE), a significant hurdle in the path of the release of the F-35 fighter jet to the UAE was removed. After a classified briefing on the F-35 to the Emirati military, President Trump publicly indicated that he is giving serious consideration to the release of the F-35 to the Gulf State. “They’d like to buy F-35s,” he stated in a recent news conference. “We’ll see what happens. It’s under review.” At the same time, administration officials are trying to reassure Israel that the US will ensure its qualitative military edge (QME) under any future arms deals with the UAE.

The sale would undoubtedly be a boost for Trump’s policy of increasing America’s arms exports. The many billions of dollars that such a deal would be worth could help compensate for the removal of Turkey from the F-35 program following its purchase of advanced Russian surface-to-air missiles and contribute to the effort of bringing down the fighter’s per-unit costs. At the same time, it would reassure Washington’s regional partners of its continued long-term support and send a message to Iran that the US will defend its Gulf allies. Also, it signifies Washington’s appreciation for the UAE’s role in the Trump administration’s “Deal of the Century” proposal.

However, the release of the F-35 to the UAE will have significant adverse consequences for Israel that need to be considered.

First, such a decision would represent a significant digression from America’s historical commitment to preserving Israel’s QME. According to US legislation, guaranteeing Israel’s QME means supplying it with military means and capabilities that are above and beyond the weapons systems provided by the US to the Arab countries, regardless of their declared intent toward Israel.

In the volatile Middle East, circumstances and intentions change far more rapidly than capabilities. Examples from the region’s recent history include the so-called “Arab Spring” and the rise and fall of the Muslim Brotherhood regime in Egypt, and the antagonistic Islamist turn of Turkey. The first was a signatory of peace with Israel, and the second was a close partner of Israel in the region. Israel’s peace treaties with Egypt and Jordan are limited and susceptible to public hostility. Given this innate vulnerability, the US has refrained to date from providing Egypt and Jordan with its most advanced military capabilities, thereby safeguarding Israel’s military superiority vis-à-vis its existing peace partners.

Second, the decision to release the F-35 stealth fighter to the UAE would be a precedent that it would be impossible not to extend to other Gulf states—especially Saudi Arabia, Washington’s leading partner and arms client in the Gulf. The Saudis want to purchase the F-35, and it would be impossible for the US to release it to Abu Dhabi and not to Riyadh. In consequence, Israel’s aerial superiority—an essential prerequisite for the preservation of its overall QME—will be undermined. Once this threshold is crossed, it will be harder for Washington to deny other highly advanced weapons systems to Egypt, Jordan, or Morocco.

Even if the Gulf version of the F-35 were downgraded, it would still provide game-changing fifth-generation stealth, network-centric, and command and control operational capabilities that would undermine Israel’s advantages. These capabilities include interconnectivity between fifth and fourth generation fighters, making the hundreds of already existing advanced fourth generation fighters in the Gulf and Arab air forces even more lethal. The only aerial capability that could surpass the F-35 is the F-22, but the US has thus far refused to release that capability to Israel.

Third, the UAE and Saudi Arabia have no real military need for the F-35, and their existing fourth generation F-16s, F-15s, and Eurofighters—with their advanced radar, avionics, air-to-air missiles, and air-to-ground munitions— are more than a match for Iran’s outdated air force. The US presence in the Gulf provides additional deterrence were the Iranians to launch a large-scale strike. The attack last September on Saudi Arabia’s strategic eastern oil processing facilities by Iran illustrates the Gulf States’ need for improved defensive capabilities rather than for the means to carry out surprise stealth attacks. Also, providing the Gulf States with the F-35 could embolden them to act against Iran and possibly draw the US and Israel into the fallout. According to this line of thinking, the US has been careful not to provide Taiwan with offensive capabilities that could embolden it against China and only recently agreed to sell it F-16V fighters.

Fourth, agreeing to release the F-35 to the Gulf States might inadvertently increase the Iranian threat against those states by triggering Iranian offensive actions in the years before the fighter jet actually reaches its destinations. This development could raise the potential for US entanglement at a time when it is seeking to reduce its regional footprint, not add to it. Additionally, such an announcement—against the backdrop of the failure to extend the arms embargo against Iran—would boost the efforts of China and Russia to supply Tehran with their versions of advanced aerial platforms.

The history of advanced weapons sales to the Gulf and Arab countries—both before and after the 2008 QME legislation—shows that if a US administration is adamant and willing to lean hard on Congress, it will eventually succeed in approving such deals. Previous attempts by Israel and pro-Israel lobbies to prevent weapons sales to Arab countries succeeded in delaying or mitigating them, but not in preventing them altogether.

In 1978, for example, the US agreed to sell Saudi Arabia 60 F-15 fighters. To overcome the expected staunch Israeli and Congressional opposition, the Carter administration promised that the sale would not include external fuel pods and bomb racks to reduce their offensive capability against Israel. Congress approved the deal in large part because of this assurance. Two years later, however, following the overthrow of the Shah in Iran, the Carter administration went back on this assurance, but had to delay a decision on the expansion of the F-15 package to Riyadh because of the upcoming presidential election.

After his inauguration, President Ronald Reagan decided to approve the sale of fuel pods and bomb racks as well as modern Sidewinder air-to-air missiles. Given the strong opposition from Israel and Congress, Reagan temporarily delayed the sale. Still, in April 1981, he not only revived the extended F-15 package but added five AWACS patrol planes, seven KC-135 refueling tankers, ground radar stations, and additional sophisticated equipment. Though faced with fierce opposition, Reagan succeeded in persuading enough senators to win approval for the package in October 1981.

In 2010, the Obama administration decided to sell 154 advanced F-15s to Saudi Arabia. Again, Israel was unable to prevent the sale but managed to offset it through the release of the F-35. Former Secretary of Defense Robert Gates refers to this qualitative offset in his memoirs, writing that among the steps taken “to ensure that Israel’s QME was not diminished by the F-15 sale to Saudi Arabia… we would sell Israel the same model F-35 Joint Strike Fighter we were going to provide our NATO allies.” In part, Israel’s position vis-à-vis the Obama administration was strengthened because of the QME legislation, which necessitated that the administration affirm that Israel’s QME would not be undermined by the proposed sale.

The above examples illustrate the main avenues of influence with which Israel can try and block or influence the sale of the F-35 to the Gulf States. The primary avenue is engagement with the administration. Israel needs to strenuously object to any sale of F-35s to the region but allow the administration to present its plans to maintain Israel’s QME if such a deal is to be approved. Given Israel’s standing among President Trump’s Evangelical supporters, Jerusalem may be in a position to request that such discussions be put off until after the US presidential election in November.

Secondly, Israel needs to engage with Congress actively on this issue. The more support Israel garners in Congress, the stronger its hand will be vis-à-vis the administration. Again, while Congress has never successfully blocked a proposed major arms sale, it has affected the timing and composition of such sales. By expressing strong opposition, it has dissuaded presidents from formally proposing certain arms sales.

However, in a standoff between the president and Congress, the former has the advantage, unless a two-thirds majority in both houses can be mobilized to override a presidential veto and prevent a sale. The recent use by the Trump administration of emergency authorities to bypass congressional opposition to selling weapons to Saudi Arabia, the UAE, and Jordan demonstrates the advantage a determined administration has over Congress. However, given the sharp criticism this step drew, it may be politically difficult for the administration to repeat this maneuver in the case of the F-35s.

Even after taking into account the strategic and political advantages of the Israel-UAE agreement, the Israeli defense establishment continues to resoundingly oppose the release of the F-35 to the Gulf and Arab states. Whether Washington will heed this objection in its policy deliberations and subsequent Congressional discussions remains to be seen.

Shimon Arad is a retired Colonel of the Israeli Defense Forces (IDF). His writings focus on regional security matters.