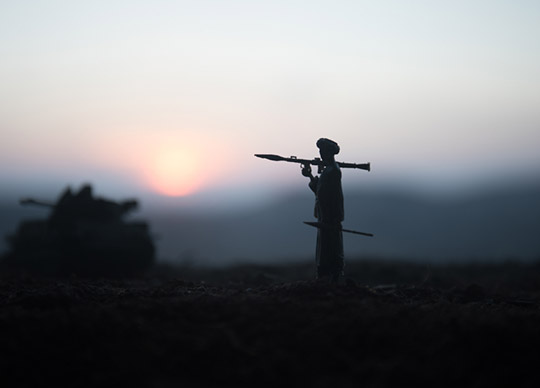 As the Taliban increases its control over large swathes of Afghanistan, Barbara Kelemen, an Associate and the lead intelligence analyst for Asia at Dragonfly, anticipates that terrorist groups could now start to use Afghanistan again as a base to launch attacks in the US and Europe:

“In the coming months, we expect to see an increasing offensive by the Taliban in Afghanistan and further attacks on provincial capitals with the objective to mount an assault on Kabul, possibly by as early as 2022. Their long-term objective is to overthrow the government and establish the Islamic Emirate of Afghanistan.

“But I doubt the Taliban will want, or be able, to form one comprehensive administration controlling the whole country and it is more likely we will see different warlords take control of parts of the country . This will create an environment which will allow regional terrorist group to set up a base and training camp in the country with the potential to launch attacks in the US and Europe.

“Islamic State Khorasan (ISK) also continues to position itself as a force in Afghanistan that is able to attract other jihadists that are disaffected with the Taliban. There are also signs that there might be some type of cooperation between ISK, and the Haqqani Network, although the dynamics are still murky.

“It’s still too early to say how Russian and China will approach the situation in Afghanistan. There has been a lot of conjecture that the conflict will spill over into Central Asia. We are more sceptical about that because the Taliban is heavily involved in smuggling through those countries, which is an important source of income so they definitely don’t want to destabilise those border crossings.”