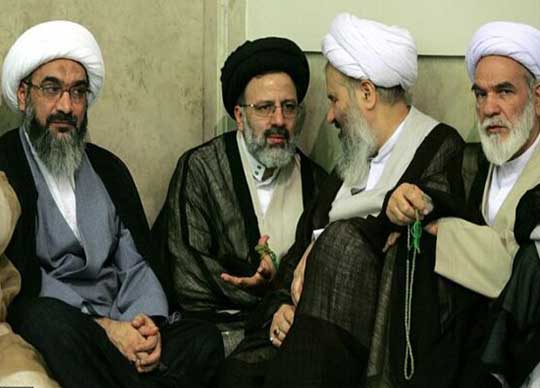 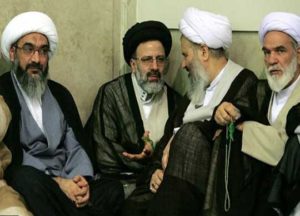 The US invaded Afghanistan in 2001 to overthrow the Taliban regime and al-Qaeda after the 9/11 attacks. Iran opposed the US presence, as it strove (and continues to strive) for regional hegemony. Despite its distaste for the Sunni Taliban, Tehran constantly undermined US efforts to stabilise Afghanistan by collaborating with the extremist group.

Shortly after the 9/11 attacks on the American homeland in 2001, the US invaded Afghanistan to overthrow the Taliban regime and al-Qaeda. US policy was to conduct a full-scale war to neutralise jihadism and Islamic terrorism, not just in Afghanistan but around the globe. This was a new paradigm in the security order of the Middle East.

As the Taliban in Afghanistan rose in terms of power and visibility, it became a serious concern of the Iranian Quds Force (QF). It dealt with the challenge by using non-conventional military methods and directing revolutionary activities on Afghan soil from Tajikistan and areas controlled by the Northern Alliance. Iran’s Islamic Revolutionary Guard Corps (IRGC) strengthened its forces along the Afghan border, and the former commander of the IRGC-QF, Qassem Soleimani, spent most of his time on that border.

Iran’s geopolitical situation played a crucial role in the war against al-Qaeda terrorism immediately following 2001 in two important respects: by helping to remove the Taliban and by blocking infiltration routes of al-Qaeda forces. By providing intelligence and security information to the Americans as well as supporting the Northern Alliance, Iran played a vital role in overthrowing the Taliban.

Less well known is the fact that the CIA cooperated directly with members of the IRGC inside Afghanistan to establish contacts with resistance fighters whom the US subsequently armed to overthrow the Taliban. In some cases, IRGC members attended meetings with the US in northern Afghanistan.

As of 2001, Tehran had enemies on its eastern flank. Once US forces—which were already in Iraq—entered areas on Iran’s eastern borders, the Iranian regime felt surrounded by US military and intelligence agents.

The IRGC-QF and the Iranian Ministry of Intelligence (MOIS) shared a fundamental concern about the presence of the US military in Afghanistan. Iran wanted to ensure that US troops could not operate against it from Afghan soil.

The regime’s grand strategy to combat the US military presence was to repeat the policy it employed in Lebanon in the 1980s. It started fuelling regional crises, such as the rise of jihadism, and provided weapons and other support, including training, to the Taliban and other terrorist groups in Afghanistan. The Taliban was allowed to establish an office and other centers in Iran. Under cover of Islamic conferences in Tehran or Mashhad, key Taliban figures visited Iran. While there, they met with IRGC-QF commanders and MOIS directors at hotels and MOIS residences.

Iran’s plan for Afghanistan was complex and sophisticated. It involved a multi-track tactic of aiding or involving the central government, defending pro-Iranian groups, and supplying arms to anti-US militant groups, including the Taliban.

In the aftermath of the Afghanistan war in 2001, Iran initially played a key role in helping the international community bring together different factions in Afghanistan for diplomatic and political discussions that led to the formation of the Afghan government. Tehran aided the international community by blocking the infiltration and transit routes of al-Qaeda forces through its territory. Iran’s active involvement in the Afghanistan crisis controlled the situation of the Shiite population.

During the 1996-2001 period, Iran saw the Taliban regime in Afghanistan as a challenger. As a fundamentalist Sunni organisation, the Taliban was inimical to Iran’s Shiite ideology and a threat to its interests. But Iran ultimately accepted the risks and supported the Taliban.

In addition, Iran competed with Pakistan regarding its support for the Taliban movement in Afghanistan during the 1990s. At the time, the Iranian regime supported Shiite Muslim minorities there who conflicted with the Taliban because it feared the emergence of Sunni Iranian militant opposition groups, like Jundullah, which had attacked various Iranian targets.

In the spring of 2015, when Pakistan tried to put pressure on the Taliban leadership to negotiate with the Afghan government within the Quadrilateral Coordination Group (QCG) framework, key Taliban leaders travelled to Iran to attempt to shake off that pressure.

The depth of Iran’s ties to the Taliban became public in 2016. The regime likely explored cooperation with the Taliban not only to oust the Americans but also to thwart ISIS and divert revenues from the Taliban’s narcotics trafficking industry. Iran offered Taliban leaders haven as refugees, but only on condition that they not wage war from Iranian territory.

The post-Taliban period created a complicated political landscape for Tehran, with the Taliban becoming the principal force fighting the US. Iran’s anti-US instincts soon led it into a tactical coalition with the Taliban. The regime’s main motivation for working with an avowed enemy was their common hatred of the US.

Iran consistently endeavoured to spoil all US-Afghanistan peace or security agreements and efforts to stabilise Afghanistan. Tehran tried its best to establish a pro-Iran government in Afghanistan and did not want a coalition with other regional actors, such as Pakistan and Saudi Arabia.

The QCG consisted of the US, China, Afghanistan, and Pakistan. Iran wanted to put the US in a security dilemma that required its cooperation to draw the Taliban into peace talks.

Iran remains worried about the progress of ISIS affiliates in Afghanistan. Ever since 2015, ISIS has been attempting to establish a foothold in Afghanistan to create a province to be called “Khorasan Wilayat.”

Most ISIS fighters in Afghanistan seem to be former members of the Pakistani Taliban. Other extremist groups in Afghanistan have occasionally professed loyalty to ISIS, and Iran takes these proclamations seriously.

For its part, the Taliban claims to have needed al-Qaeda’s assistance to oust the US, but purports not to support its international agenda.

Iran changed the game by cooperating with the Taliban to evict the US from Afghanistan. The regime now views the Taliban as a political partner, not a threat. It understands that it has no alternative but to collaborate.